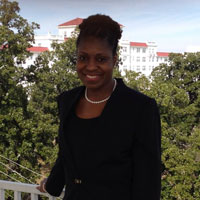 cladams@paine.edu
Department of Humanities
School of Arts and Sciences

Dr. Catherine Adams is Assistant Professor of English in the Department of Humanities. In January 2012, she was selected to participate in the New York University Faculty Resource Network Winter Seminar Series held in San Juan, Puerto Rico. She participated in the "Women of the Atlantic" Seminar facilitated by Dr. Beverly Guy-Sheftall. In February 2012, Dr. Adams was selected to participate in the UNCF/Mellon Faculty Seminar, titled "Race, Rights and Rebellion," held in Bahia, Brazil in July, 2012. In March 2012, Dr. Adams presented a paper at the College Language Association (CLA), titled "Remembering and Reclaiming Black Tulsa in Jewell Parker Rhodes' Magic City." 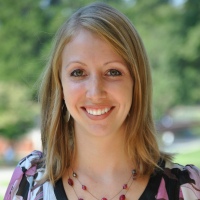 pjune@paine.edu
Department of Humanities
School of Arts and Sciences

Dr. Pamela June is Assistant Professor of English in the Department of Humanities. She is author of the book The Fragmented Female Body and Identity (Peter Lang, 2010), which explores the symbol of the wounded or scarred body as a symbol of historical oppressions and shared resistance in various multi-ethnic, postmodern, feminist novels. In 2012, Dr. June's article on Alice Walker's novel By the Light of My Father's Smile was published in Women's Studies: An Interdisciplinary Journal. She has presented her research at several major national academic conferences, including the National Women's Studies Association Conference (Atlanta, 2011; Denver, 2010) and Northeast Modern Language Association Convention (Montreal, 2009). Her proposal for next year's NWSA Conference has been accepted, and she will travel to Oakland, CA, in November, 2012, to present her newest research on Alice Walker's writings. 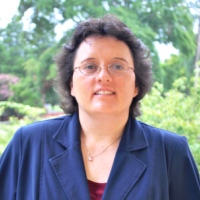 bwheeler@paine.edu
Department of Humanities
School of Arts and Sciences

Dr. Belinda Wheeler is Assistant Professor of English in the Department of Humanities. She was selected as a 2012 Scholar-in-Residence at New York University through the Faculty Resource Network. During the residency, Dr. Wheeler conducted research and writing for her book on Gwendolyn Bennett, which is currently under advance contract with University Press of Mississippi. She is the editor of the forthcoming book from Camden House Publishers –A Critical Companion to Australian Aboriginal Literature. Dr. Wheeler's essay, "Lola Ridge's Pivotal Editorial Role at Broom," will appear in PMLA this April, 2012. She recently participated in a roundtable discussion on "Jean Toomer and Politics" at the Modern Language Association Convention in Seattle, WA (2012). 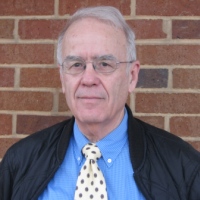 Dr. William Lawless is Professor of Mathematics and Psychology. Dr. Lawless has published over fifty book chapters and/or journal articles and is featured in more than 120 peer-reviewed conference publications.

This professor's research is continuous and recognized both nationally and internationally as evidenced by his selection to return to the Naval Research Laboratory for Summer 2012.